So what is dyslexia? 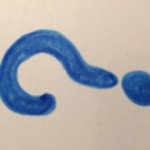 There are lots of symptoms to be found either on the internet, in books etc.

You many have found yourself feeling overwhelmed or inundated with the amount of symptoms that are out there.

As a dyslexic I found it useful to know that there are three main areas that many researchers believe effect dyslexics.

These three areas are often referred to as the ‘Core Deficits’ of dyslexia.

Roughly translated this means the central problem areas…for want of a
much more positive way of putting it!

Latin translation: Deficit = to be lacking in something.

The bit of our memory that holds information whilst we decide if it is to be stored or discarded sometimes referred to as working or active memory.

Put simply … the awareness of the sounds that make up words.

The ability to do things automatically e.g. driving, swimming, recalling a spelling!

The good thing is that once you know about these three areas it helps you to understand how they affect you.

So next time you look at that lists of symptoms try to think about how one or a combination of the core deficits may create the symptoms that we read about or
recognise.

Some dyslexics do sometimes say, “I’m a terrible speller” or “I spell a word right once then wrong several times in the same piece of work”.

This could be down to a deficit in one two or even all three of the core deficits mentioned above.

If you are interested in finding out more, why not sign up for an introduction or awareness course with Elizabeth Wilkinson of The DDC.

Elizabeth is herself dyslexic as is most of her family which allows her the knowledge and experience to offer a unique and worth while learning experience.

Download this page as a So what is dyslexia? Information Leaflet.

This website uses cookies to improve your experience while you navigate through the website. Out of these, the cookies that are categorized as necessary are stored on your browser as they are essential for the working of basic functionalities of the website. We also use third-party cookies that help us analyze and understand how you use this website. These cookies will be stored in your browser only with your consent. You also have the option to opt-out of these cookies. But opting out of some of these cookies may affect your browsing experience.
Necessary Always Enabled

Any cookies that may not be particularly necessary for the website to function and is used specifically to collect user personal data via analytics, ads, other embedded contents are termed as non-necessary cookies. It is mandatory to procure user consent prior to running these cookies on your website.